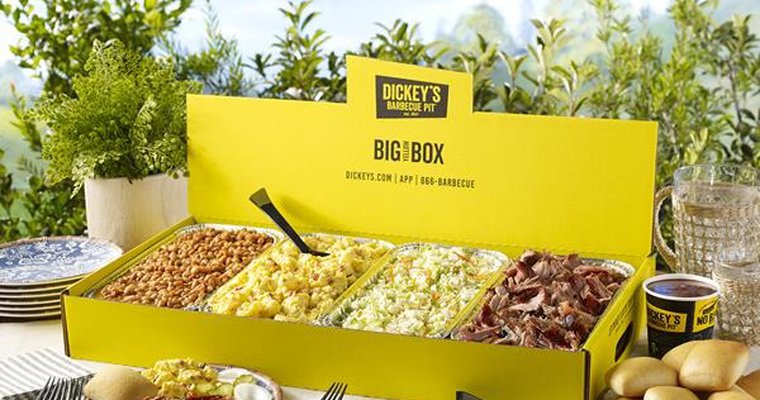 Dickey’s Barbecue Pit has partnered with the Miami-based virtual kitchen provider, Combo Kitchen, to open at least 100 ghost kitchens over the next year. Each location could offer the Texas-style barbecue in which Dickey’s is known as well as fare from its virtual-only concepts — Wing Boss and Big Deal Burgers.

“Partnering with Dickey’s provides our franchisees with the opportunity to profit off of a proven and established brand that customers instantly recognize, unlike most ordinary ghost kitchens offering virtual brands,” Kasmai said in the release. “With the need for brand recognition campaigns essentially eradicated, offering a brand like Dickey’s as a virtual concept gives restaurant owners or investors the key ingredient to operating a successful ghost kitchen.”

The market for food delivery has expanded rapidly in recent years, accentuated by the effects of COVID-19 on America’s dining habits. Before the pandemic, for example, the industry for ghost kitchens was already flourishing but exploded into the cultural norm due to last year’s government-mandated shutdowns and the need for societal adjustments mid-pandemic. The global ghost kitchen industry is estimated toreach $1 trillion by 2030.

“Combo Kitchen is a unique franchising opportunity which allows us flexibility to enter new markets at a much lower build cost for operators,” said Roland Dickey Jr., CEO of Dickey’s Capital Group, which owns Dickey’s. “Interest among new and existing franchisees combined with utilizing the convenience provided by Combo Kitchen, Dickey’s can capitalize on the rapidly growing delivery market and add new ways to serve our guests Texas-style barbecue.”

Dickey’s has over 550 locations in the U.S. and Middle East.